Location : Southern Asia, bordering the Bay of Bengal, between Burma and India. 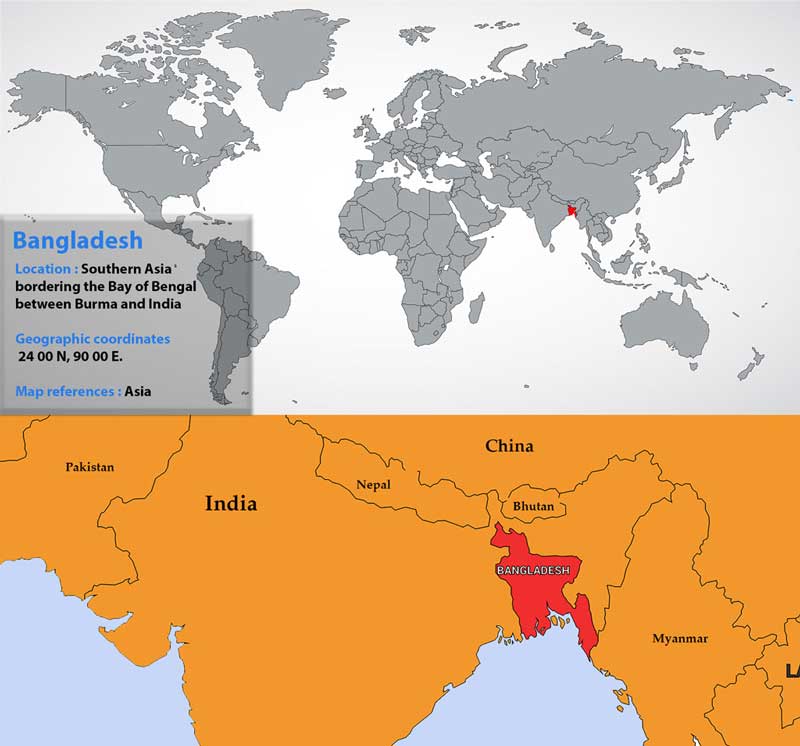 Natural hazards : droughts, cyclones; much of the country routinely flooded during the summer monsoon season.

Environment-current issues : many people are landless and forced to live on and cultivate flood-prone land; limited access to potable water; water-borne diseases prevalent; water pollution especially of fishing areas results from the use of commercial pesticides; intermittent water shortages because of falling water tables in the northern and central parts of the country; soil degradation; deforestation; severe overpopulation.