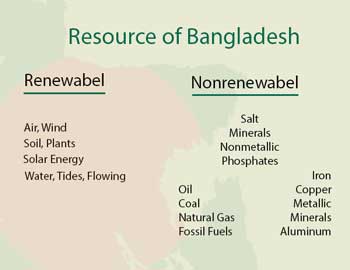 Abundance of Bangladesh's bird life makes it an ornithologist's paradise. Of the 525 recorded species, 350 are resident. Among them are bulbul, magpie, robin, common game birds, cuckoos, hawks, owls, crows, kingfishers, woodpeckers, parrots and myna. A wide variety of warblers are also found. Some of them are migrants and appear only in winter. The migratory and seasonal birds are pre-dominantly ducks.

Of the 200 species of mammals, the pride of place goes to the Royal Bengal Tiger of the Sunderbans, the largest block of littoral forests spreading over an area of 6,000 sq. km. Next comes the elephants found mainly in the forests of the Chattogram Hill Tracts districts. South Himalayan black bear and the Malayan bear are also seen here. Six types of deer are found in the hill tracts and the Sunderbans. Of them the spotted deer, barking deer and sambar are the most familiar. Clouded leopard, leopard cat, mongoose, jackal and rhesus monkey are also found. Among the bovine animals, three species- buffalo, ox and gayal- are found. There are about 150 species of reptiles of which the sea turtle, river tortoise, mud turtle, crocodiles, gavial, python, krait and cobra and common. About 200 species of marine and freshwater fish are also found. Prawns and lobsters are available in plenty for local consumption and export. 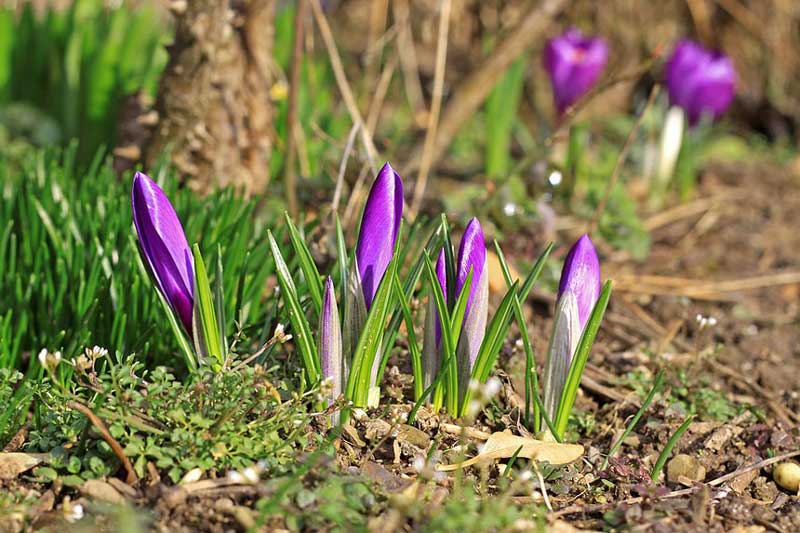 In the shallow water of the floodplains, ponds and swamps of the country various hydrophytes and floating ferns grow in abundance. Tall grasses present a picturesque site near the banks of the rivers and the marshes. Around 60% of the Gangetic plain is under rice paddy and jute cultivation. The village homes are usually concealed by the lush green foliage of a wide variety of trees, thickets of bamboo and banana plants. A characteristic feature of the landscape is the presence of a variety of palm and fruit trees.

Each season produces its special variety of flowers in Bangladesh; among them, the prolific Water Hyacinth flourishes. Its carpet of thick green leaves and blue flowers gives the impression that solid ground lies underneath. Other decorative plants, which are widely spread are Jasmine, Water Lily, Rose, Hibiscus, Bougainvillea, Magnolia, and an incredible diversity of wild orchids in the forested areas. 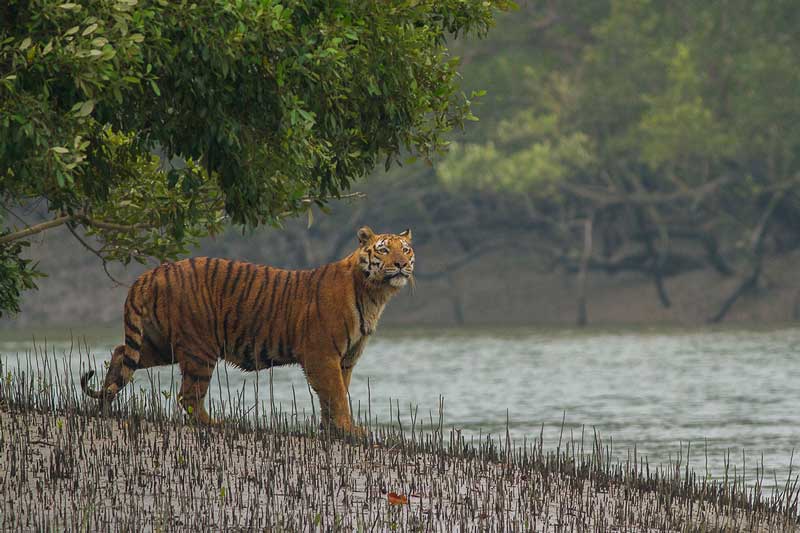 Lying close to the Himalayas, the Sylhet area has extensive natural depressed lands locally called 'haors' (pronounced 'howers', wetlands). During the winter season they are home to huge flocks of wild fowl. Outstanding species include the rare Baer's pochard and Pallas' fishing eagle, along with a great number of ducks and skulkers. Other important habitats are the remaining fragments of evergreen and teak forests, especially along the Indian border near the Srimongal area. The blue-bearded bee-eater, red breasted trogan and a wide variety of forest birds, including rare visitors, are regularly seen in these forests. One of two important coastal zones is the Noakhali region, with emphasis on the islands near Hatiya, where migratory species and a variety of wintering waders find suitable refuge. These include large numbers of the rare spoonbilled sandpiper, Nordman's greenshank and flocks of Indian skimmers.

The forest cover of Bangladesh is only about 9 percent. The thickest forests are in the coastal Sunderbans and the hill tracts in the northeast. Extensive areas of Rajshahi, Dinajpur and Kushtia are under mango, litchi, sugarcane and tobacco cultivation.